THERE ARE NO MOOT POINTS IN THE PARALEGAL MOOT COURT COMPETITION

The Event and the Team 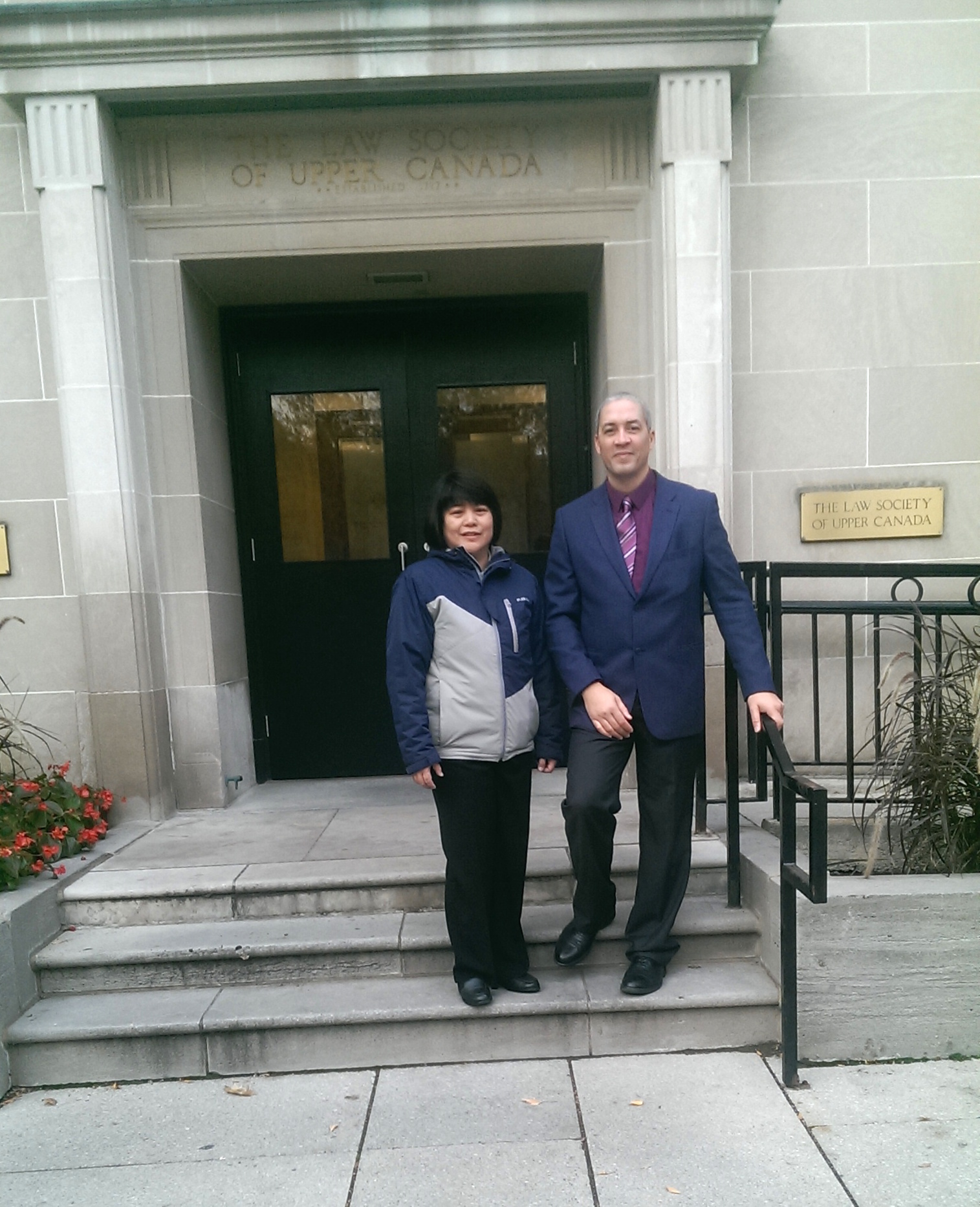 For the last three years, Algonquin Careers Academy has had at least one team entered in the Paralegal Cup competition. Teams from Algonquin Careers Academy have done very well and this year is no exception. Marinette Soberano and Aldrin Guiste from our Ottawa campus formed a team under the coaching of our Paralegal Program Coordinator in Ottawa, Carrie-Lynn Barkley. The competition was held this year at Osgoode Hall, the offices of the Law Society of Upper Canada in downtown Toronto. Eleven teams from public and private colleges in Ontario participated in the 2-day grueling competition. 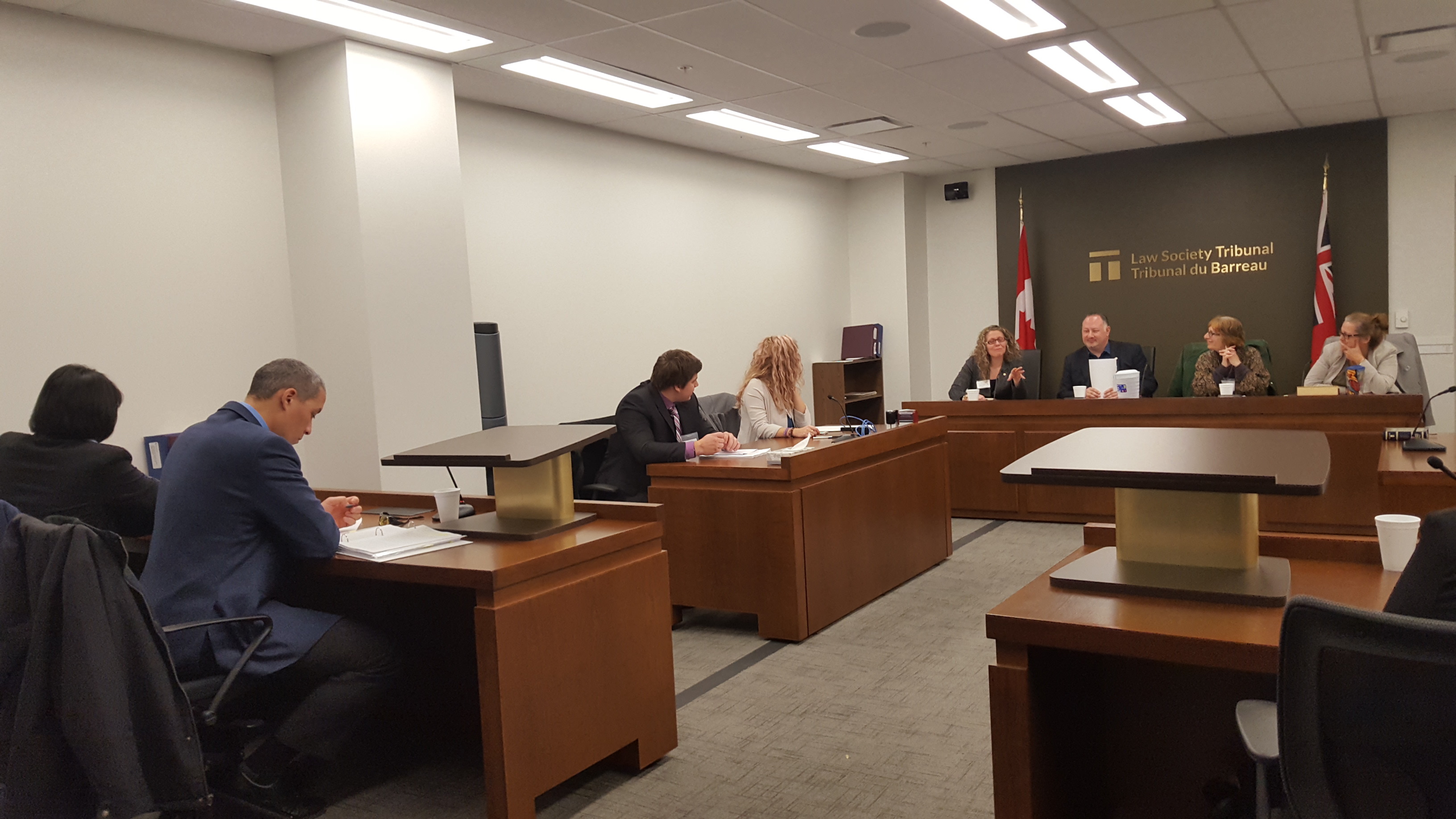 Soberano initial M and Guiste initial A went through the first day of Moot competition, submitting as either the appellant or the respondent in four different moot court sessions, learning every step of the way. With their well thought out arguments and their developing oral advocacy skills, they advanced to the quarter finals on the second morning.  Each time they made their submissions to the Tribunal judges, they got better and better. By the time they reached the quarter finals, their presentation, knowledge of the case and arguments came together in an outstanding submission and they moved on to the semi finals. In the semis, they received an incredible grilling from a panel of very tough judges. Our team solidly stood up to this – taking on the challenge in an excellent manner. However, they lost the semi-final round to a team from Sheridan that subsequently moved on to win the finals.  Marinette was recognized with a Distinguished Oral Advocate Award. 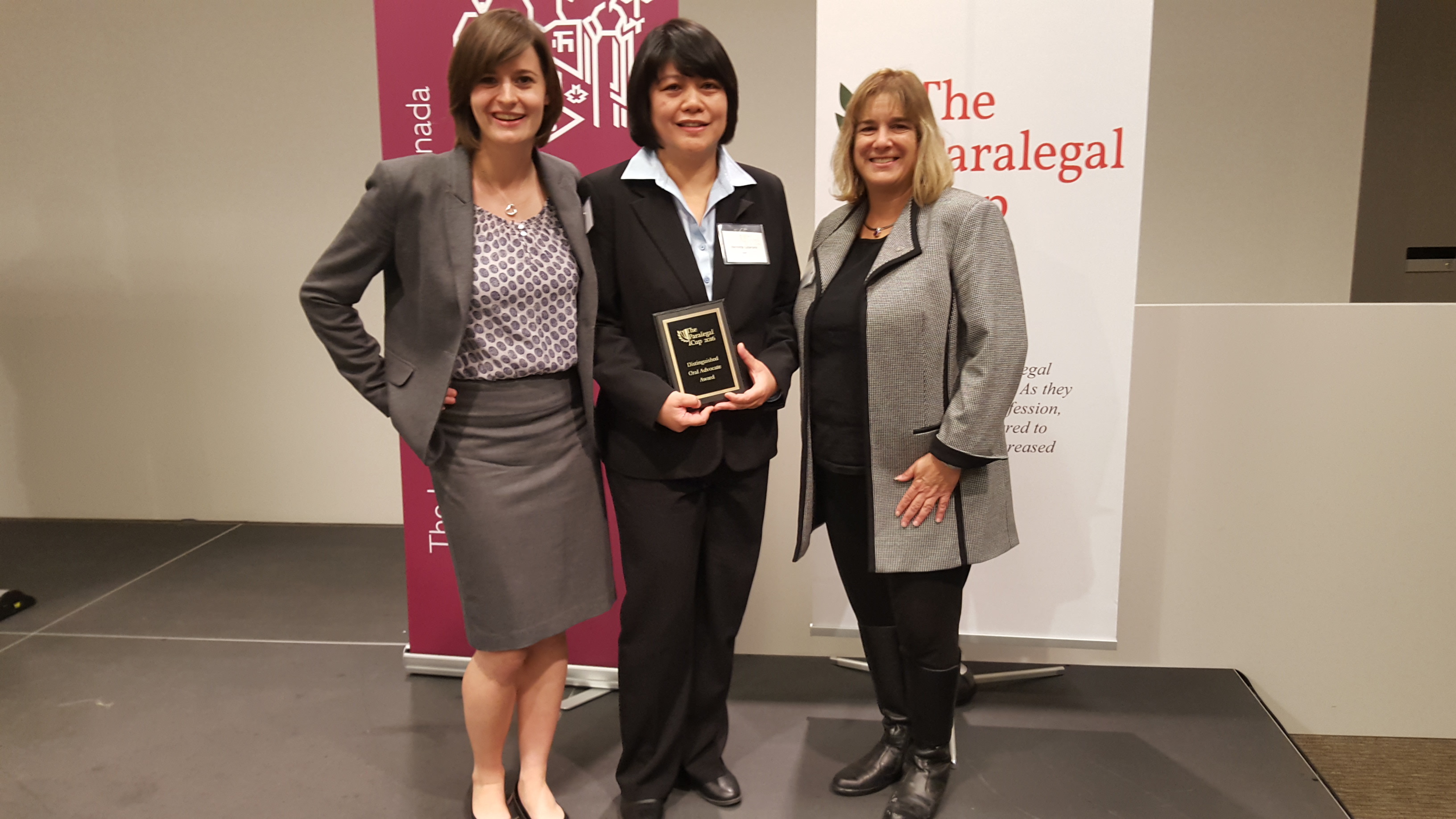 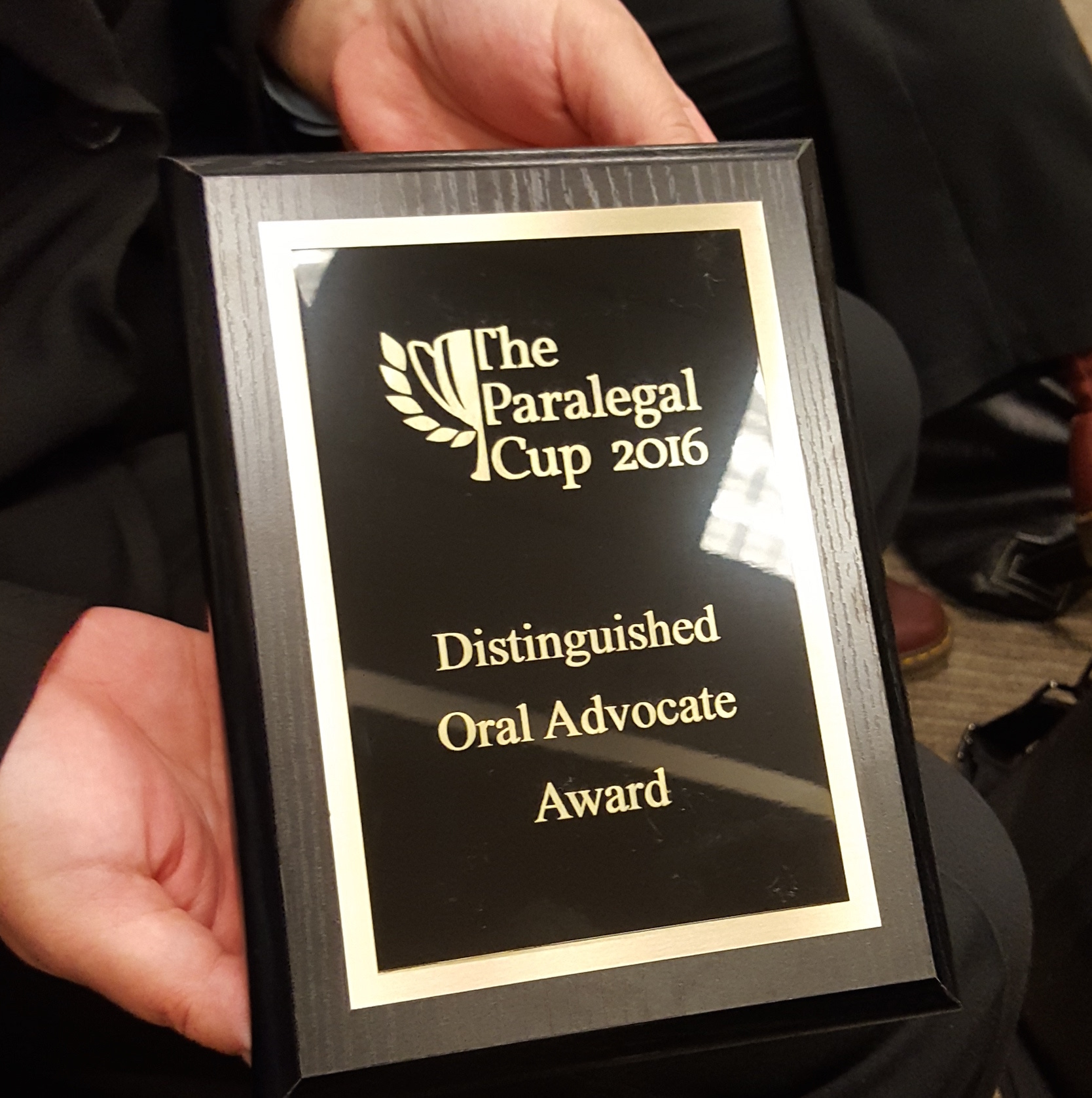 High Fives For Our Team 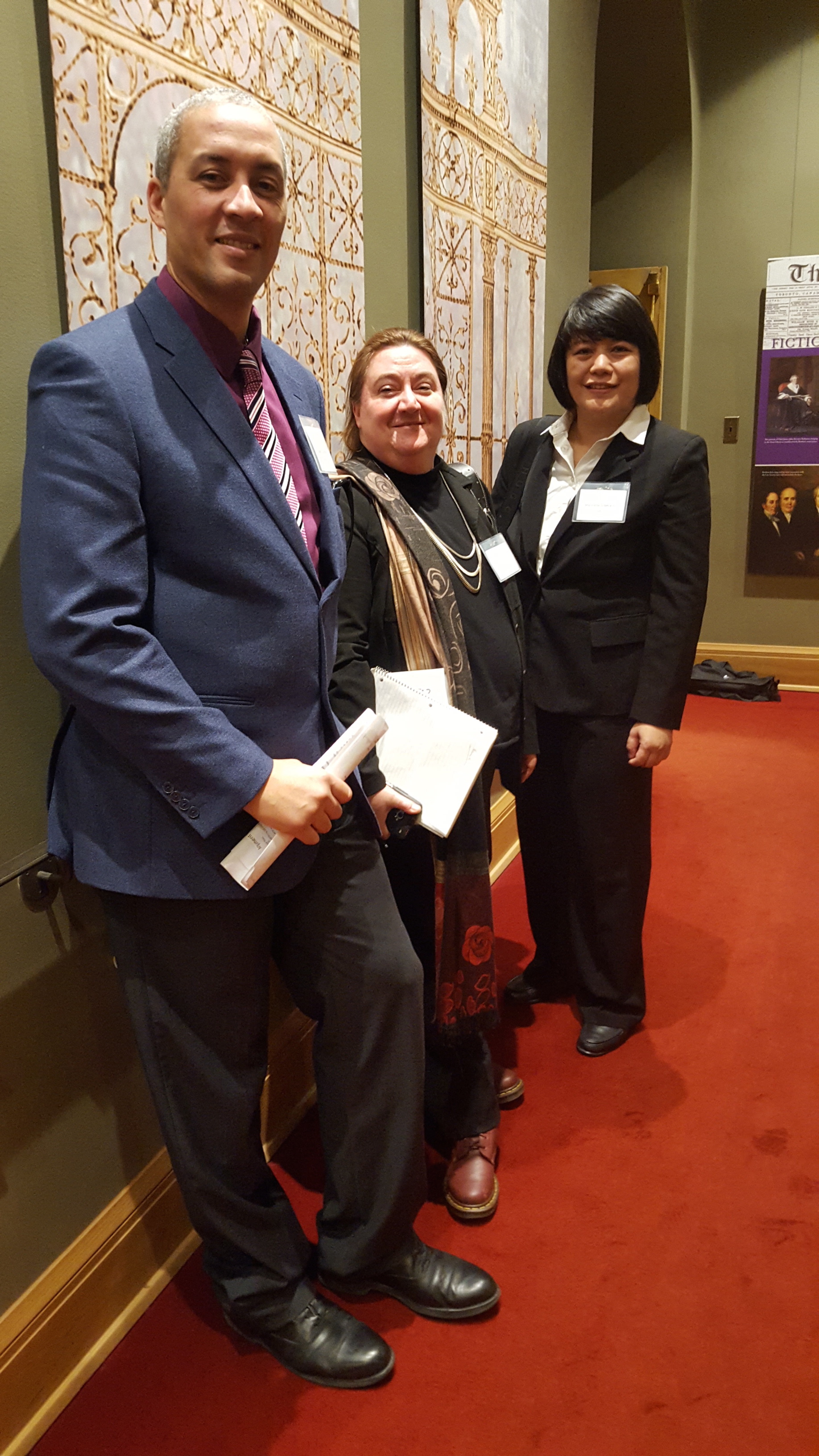 Our two moot cup competitors took on this challenge with only two months of the paralegal program under their belts. They were up against contestants from community colleges some of whom were in their second year. This pair deserves our respect and our kudos, so if you run into them in the hall, high fives are in order!

The Organizers and Judges

The Paralegal Cup team of volunteer organizers did an amazing job of making sure things ran smoothly and the large contingent of volunteer judges were amazing with their questions, comments and feedback bringing about better submissions by the competitors.

Algonquin Careers Academy has been delivering an accredited Paralegal Diploma program since 2008. It is very rewarding to see graduates and faculty participating at the highest level of their profession. Two of the judges were, or still are, instructors at ACA and two of the judges are graduates. A 2014 ACA graduate and Paralegal Cup participant was introducing local high school students to the possibility of careers in the legal profession by hosting them at this year’s competition.

The Bright Future for the Paralegal Profession

All of the judges commented about how proud they were of all of the contestants and how hopeful they were for the future of the Legal professions given the professional excellence of these students soon to be part of it.

To find out more about our paralegal program: http://www.algonquinacademy.com/programs/law/paralegal

Des Soye is the President and Owner of Algonquin Careers Academy and was a proud audience member of the Paralegal Cup 2016 and cheerleader for Team 7, our outstanding ACA team.