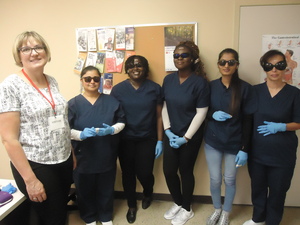 The PSW class had a guest speaker from the Alzheimer's Society, Karen Phair. Karen spoke to the class about Dementia and the most common form of Dementia which is Alzheimer's Disease. She also touched upon the different stages, causes, signs and symptoms, treatment and the role of PSW's in supporting and caring for a person with Dementia.

Karen had the class participate in an educational activity that involved exercises which made you feel like you were a Senior with Dementia such as: fuzzy glasses to represent impaired vision, cotton balls in ear to represent impaired hearing, overstimulated the classroom by playing music and a foreign language radio channel, even administered grainy cereal mixed apple sauce to create a texture similar to crushed meds some residents have to take. It did not taste good, that's for sure, but the overall experience was priceless. Thanks Karen!
To find out more about the PSW program: http://algonquinacademy.com/programs/healthcare/personalsupportworker 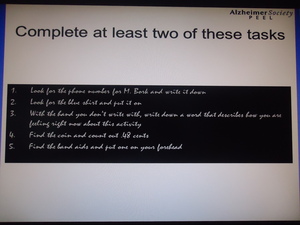 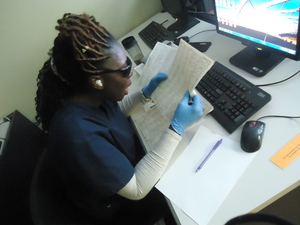 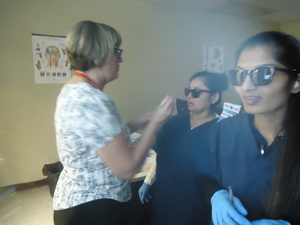 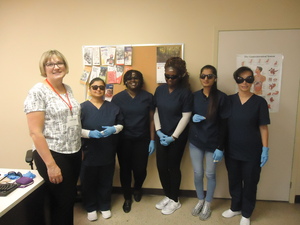